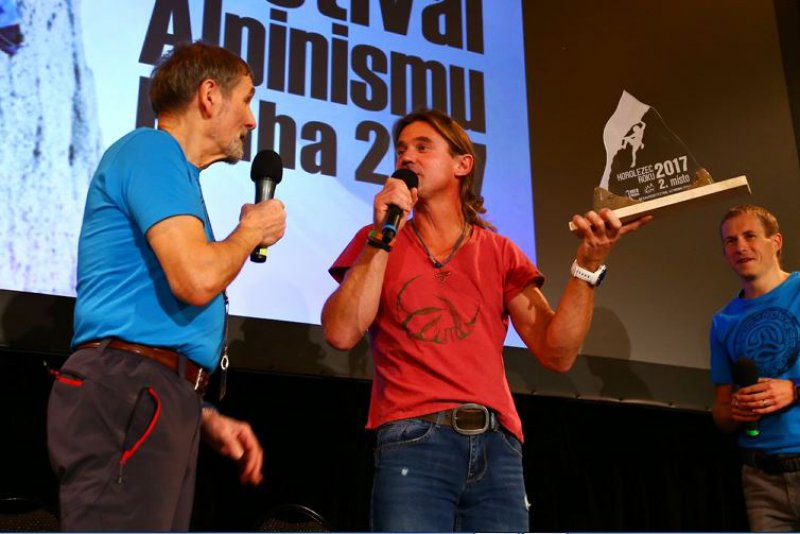 On Saturday, the podium filled with beautiful trophies made by stone-cutting Vorel to be handed over to the winners of the Ascents Alpenverein 2017 and Climber of the Year 2017 contests. The title “Climber of the Year” was awarded to Adam Ondra for the eighth consecutive season and it was well-earned. On the podium he was accompanied by the heroes of Gasherbrum I – Mára Holeček and Zdeněk Hák. The jury of the contest consisted of both contest organizers: the company ALPY and the magazine Lidé & HORY (People & MOUNTAINS), and further of Everest magazine and the internet portals Lezec.cz and Horyinfo.cz.